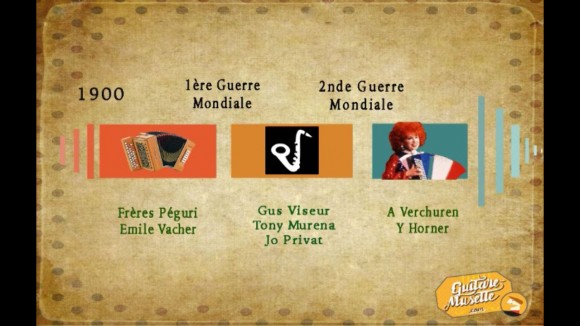 The three main periods of musette
0

As a cultural heritage, musette music has evolved along the XXth century. The cultures, their musics and knowledge influenced it in many different ways, as well as the audience and the musical production. Let’s see the three periods that made up three different styles of a same musical genre, until its decline… and the revival of the tradition.

Associated link : the origins of musette